KATE – The Unexamined Life of Katharine Hepburn
By Rick Foster

Unconventional, independent, and formidable, Katharine Hepburn was raised by her parents to speak out, sharpen her mind, and engage the world fully. In this digital theatre adaptation, Janis Stevens plays the iconic American actress at the age of 92 on New Year’s Eve 1999. As Kate reflects on her life, her loves and her Hollywood memories, she reveals uncharted emotional waters, exposing a side of Ms. Hepburn audiences have never seen.

Advisory: This material is intended for ages 14 and up. There are adult situations and language.

Benjamin Ismail (Director) was most recently seen in various digital productions this summer at American Stage. His last main stage performance was in last winter’s SILENT SKY. Other credits include ANGELS IN AMERICA parts I & II (Berkeley Rep), Mary Zimmerman’s METAMORPHOSES (Guthrie) and THE INVISIBLE HAND (American Stage) among others. AST directing credits include MUCH ADO ABOUT NOTHING, BETWEEN RIVERSIDE & CRAZY, 4000 MILES & INFORMED CONSENT. Black Lives Matter.

Janis Stevens* (Katharine Hepburn) is extremely honored to return to American Stage with KATE for this virtually reimagined season. Previous roles with ASTC include: Vera in 4000 MILES (Theatre Tampa Bay Award for Outstanding Lead Performance) , Marjorie in MARJORIE PRIME, Mary Tyrone in LONG DAY’S JOURNEY INTO NIGHT and Ree in HEAR ME ROAR! for the “New Shorts” series this past summer. Regional and International credits include: San Diego’s Old Globe; Walnut Street Theatre in Philadelphia; TheatreWorks in Palo Alto, CA and Vienna’s English Theatre of Austria. She is a 2006 Drama Desk Nominee for Outstanding Solo Performance as Vivien Leigh in Rick Foster’s VIVIEN at the Beckmann Theatre in NYC. Janis hopes to return to Sacramento Theatre Company in 2021 playing Christina in GUESS WHO’S COMING TO DINNER, pre-empted by current events. A proud member AEA: thanks to all who have continued to support theatres around the globe! 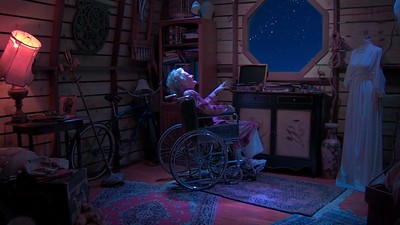 “…as we all struggle for a sense of normalcy, American Stage importantly evokes the spirit of Kate as a force of nature. It prompts us all to ask: how do we face loss, aging, and living our best life” – Creative Loafing

“…the production retains the feeling of watching a play, even through a screen…the filmed aspect makes for artful camera angles not possible in a theater setting.” – Tampa Bay Times

“…by the time the play ended, you felt you, indeed, had an insider’s connection to the life of the beloved actress.” – Broadway World